People will happily pat a man on the back if he’s lucky enough to make it, but resent any suggestion they should help him to get there.
From Life or Death by Michael Robotham

Whatever happened to old fashioned love?

Old fashioned love, when people met, loved, married and stayed together forever. Well, until one of them died anyway.

This happens so rarely these days, with divorces rampant, people in unhappy marriages, people who think they’re happy, but there is always that niggling “what if” in the back of their minds.

I have a theory on this. Go ahead and laugh, it’s okay. I don’t mind.

Centuries ago, millenia ago, the earth was far less populated. And those populations lived together in small groups. Souls that were destined to be together, didn’t have to go very far to find each other. They met, they married, life went on.

Then there was a population explosion. Not all at once of course, it took time, but however you look at it, there were many more people about. Souls that were destined to be together still managed to find each other, so life was good. Generally.

But people began moving around on this little rock of earth, water and fire. A person, soul A,  could get a better education in a different town, state or country. A better job, with more personal satisfaction, maybe a higher rate of pay, in a different city, a different country, a different hemisphere even. Off they went.

Then when it came time to ‘settle down’, they play the dating game, searching for “the one.” Soul B.
If they were lucky, they found him or her.
But a lot of the time they found a suitable substitute. Of course they didn’t realise this was a substitute, not right away.

We’ve all read or heard of people who took a holiday and met “the one” while they were away from their current living space. Soul A meets Soul B. Their Soulmate.

Some displaced souls go “home” to visit family and old friends and while there, meet their Soulmate, the Soul B to their Soul A, they one that nature has decreed is “the one” for them.

A few people may spend years together as friends, then one day look at the person sitting next to or across from them and suddenly realise he or she is “the one”.
Lucky them.
Occasionally a Soul A from one part of the world is destined to be with a Soul B from an entirely different part of the world and in their case the travel for school or work is an advantage.
But for a large portion of the world a long game of musical partners goes on.

Other people simply live alone.  Or stay with the “wrong” partner, in a “used to it” type of harmony.
And who’s to say the children from this pairing weren’t born specifically to be a Soulmate for similar children from a similar “muddling along the best we can” marriage.
One, two or even three generations later, descendants from 'get along' marriages will meet and their souls will recognise each other. Another happy forever Soulmate pairing happens. 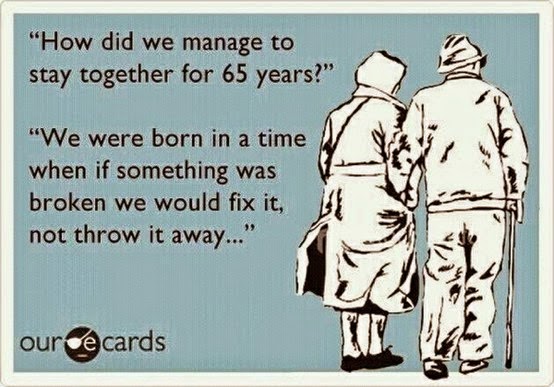