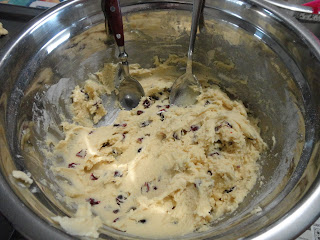 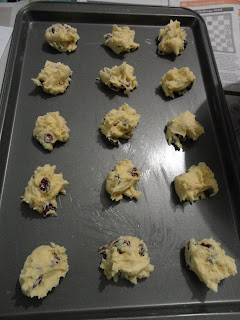 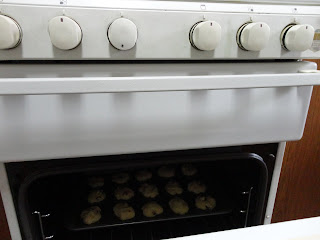 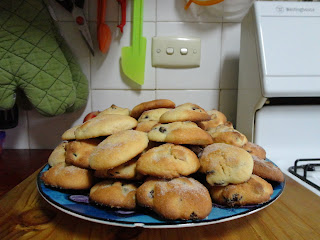 Snickerdoodles.  With Craisins. (dried cranberries)
Snickerdoodles are sugar cookies, sprinkled with a cinnamon/sugar mix while they're still hot from the oven.
Usually I make them plain.
I was going to make this lot with sultanas, but when I pulled the packet out of the pantry they looked rather unappetising.
Instead of plump juicy sultanas, these looked more like dusty dry currants. I checked the useby date>2008. Oops! Toss those out. There'll be no flavour left in them at all.
So I added Craisins instead and they turned out really nice.
baking; craisins