Bark in the Park aka Dogs Galore!

October 22, 2012
Last Thursday I noticed an article in our newspaper - "More bark than bite in record attempt."
It went on to explain thatAdelaide's

"Rymill Park will become a dog park this weekend as hundreds of pooches attempt to break a world record. Organisers of the Bark in the Park event will be attempting to break the Guinness World Record for the loudest bark by a group of dogs. The record is held by 76 dogs in Colorado in the US. They barked at 124 decibels in 2009."

Well, I like dogs as much as anyone (hi Kath!!,) so I thought I'd wander along and see if I could get some photos.
And I did get a few, but without asking every single person there for permission, getting good shots was going to be difficult.

A small part of Rymill Park was fenced off and there were tents, chairs and people with their dogs absolutely everywhere!

So I tried to be unobtrusive and snap a few shots from outside the fences. 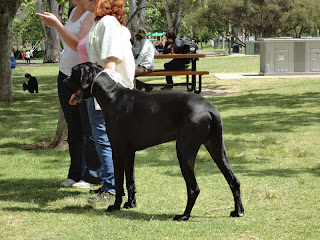 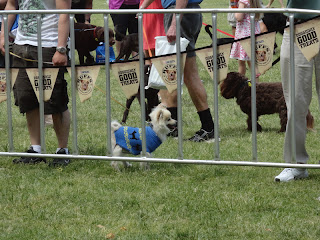 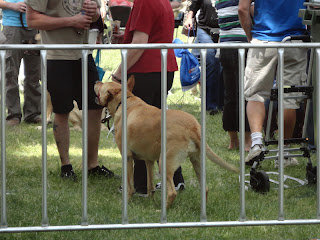 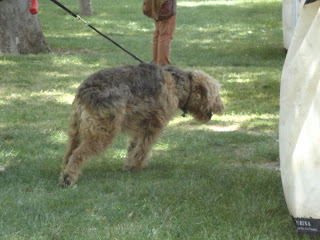 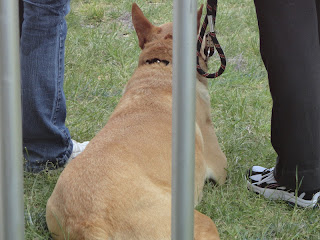 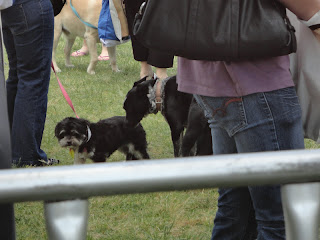 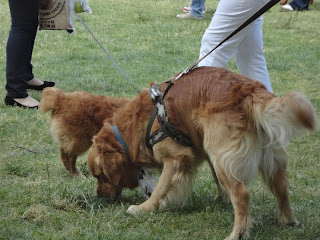 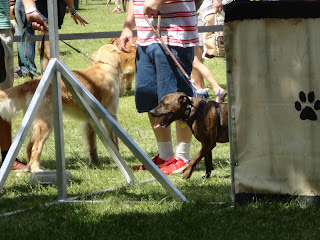 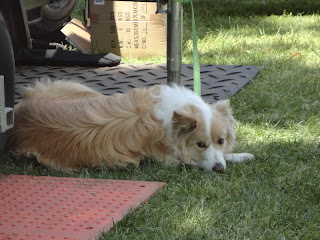 Some almost large enough to put a saddle on, others tiny enough to fit in a handbag, and all sizes in between.
Many dogs were constantly moving, so by the time I focussed  I'd be looking at a wagging tail and nothing more, or a turned away head, or even the owners legs instead. They were all on leashes, so of course the owners would be moving too and it was a real battle sometimes to spot an actual dog amongst the people and chairs.

Here are a few having a go at the training area obstacle course. 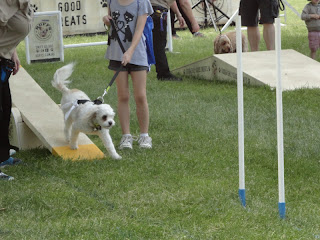 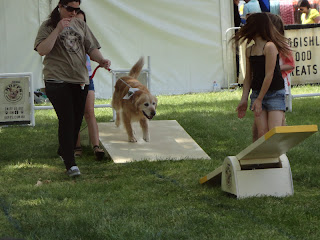 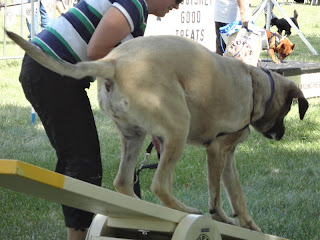 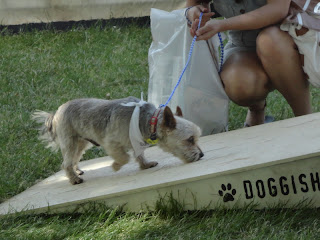 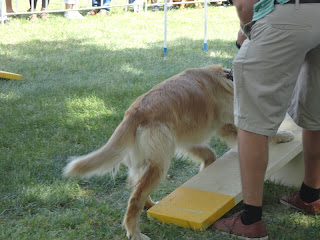 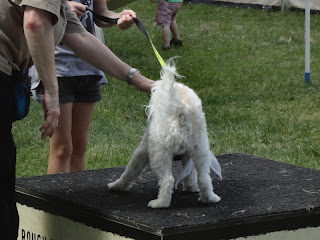 Dogs were led to jump over a low hurdle, up and down a ramp then a seesaw, before jumping up to sit on a block for a reward before going through a miniature doorway to finish.
For many of them, this was a new experience and there were several who had to be coaxed onto the equipment and only one who sat on the block immediately. All the others had a good sniff around on it first to see which other dogs had been there.

I didn't stay around to wait for the "bark-off", I'd been there quite a while and was getting quite hot.
I went down to the kiosk by the lake (man-made) and bought  a banana paddle-pop that looked as if it might have been put in the freezer by Adam's mum, it was that old. Very encrusted with ice chips it was, but cooling just the same and I wandered in the general direction of home while eating it.