There's an unusual flower developing in the garden

October 01, 2012
Up near the front of the flats, there is a clump of leaves resembling aloe.
Really big leaves. A large plant.

Yesterday, I noticed the flower head developing from the centre on a long thick stalk. 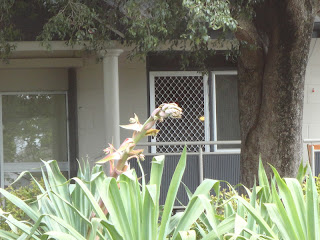 Expand the photo, then tell me.....does that flower head vaguely resemble a dragon? With two tiny arms just below it?  It's what I saw when I first looked at it. 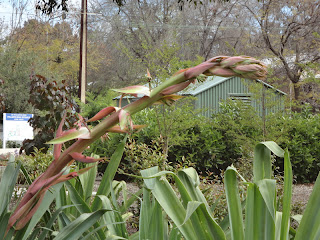 here is a side view. 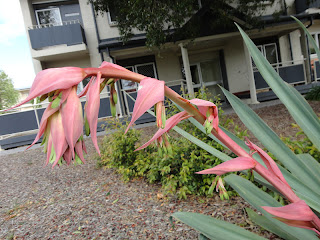 there are similar, smaller heads growing around the plant, from the base. 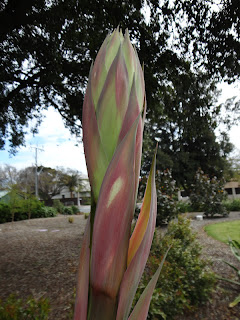 This is one of the unopened flower heads. 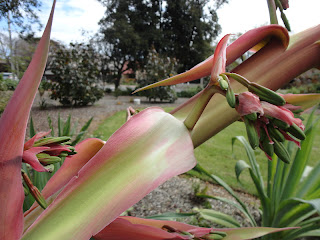 the lower end of the big stalk has smaller flowers also. 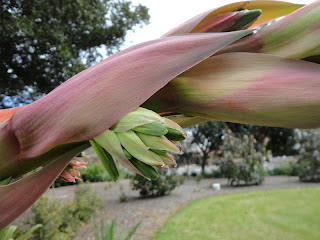 it looks a little like a banana plant from this view, with the unfolding leaves showing the developing bananas. Of course this isn't bananas, I've grown those and know what a banana palm looks like. 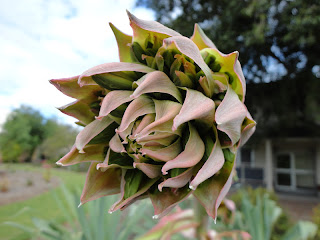 looking directly into the face of the "dragon", which doesn't look at all like a dragon from this close.

I don't have a clue what this is, but I think I'll take another photo or two as it develops further.
It's certainly an interesting plant.