working on the I-tunes

October 26, 2012
Many years ago, when they were first released, I bought the boxed CD set of Beatles albums.

Years later, after noticing that my youngest son J was borrowing them quite often, I gave the set to him.
He took the box to work with him, but just recently I asked to borrow it, so here it is, in my home. 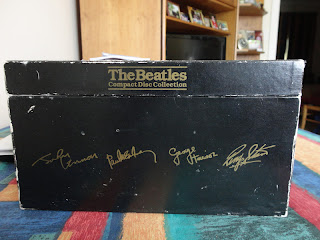 It's a little battered after all these years, but still holding up well.
Inside?
Have a look.... 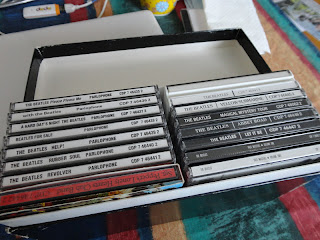 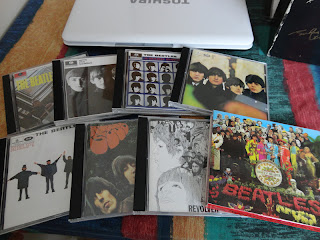 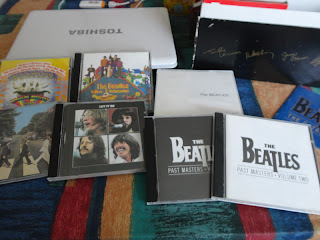 I don't like every song the Beatles have produced, but there's enough in here to satisfactorily add to my I-tunes and from there to my I-pod.