Kath and Andrew often join in.
There are a couple of other participants too:
Jackie K at WorkingThrough It
Gillie at The View from Here

I usually go with a theme for my Sunday Selections and this week I'm continuing with some photos from my trip to the Gorge Wildlife Park with my friends J and J. 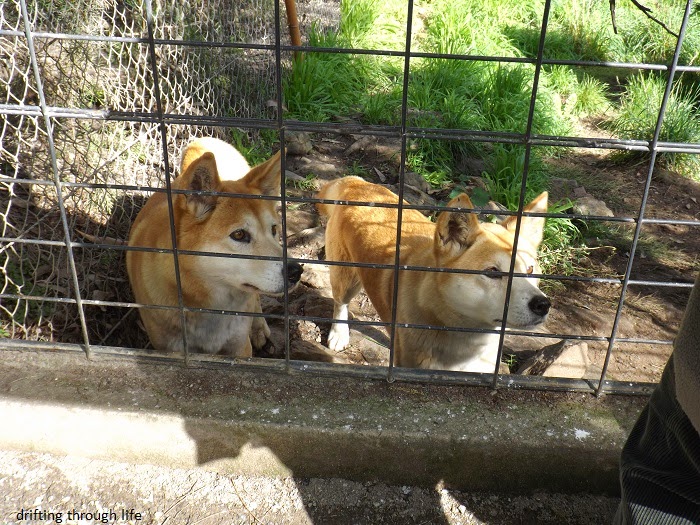 Dingos, the Australian wold dogs that live mostly in the interior, the red centre, what we in the cities call the outback. 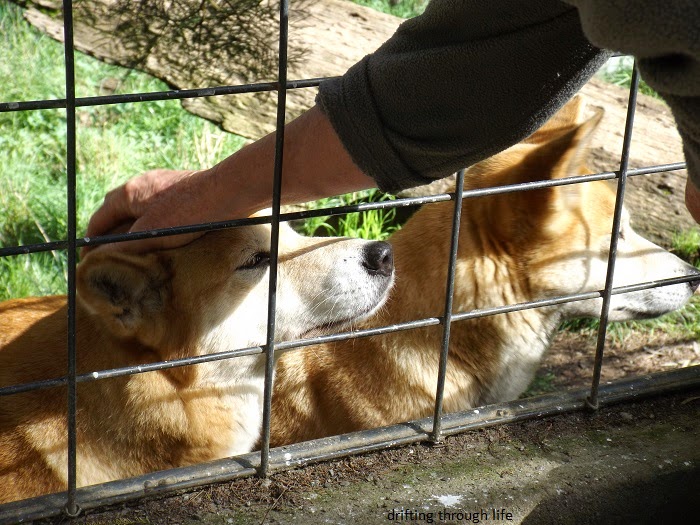 our Aussie equivalent of the wolves and coyotes in other countries.
J is reaching in and scratching behind his ears. 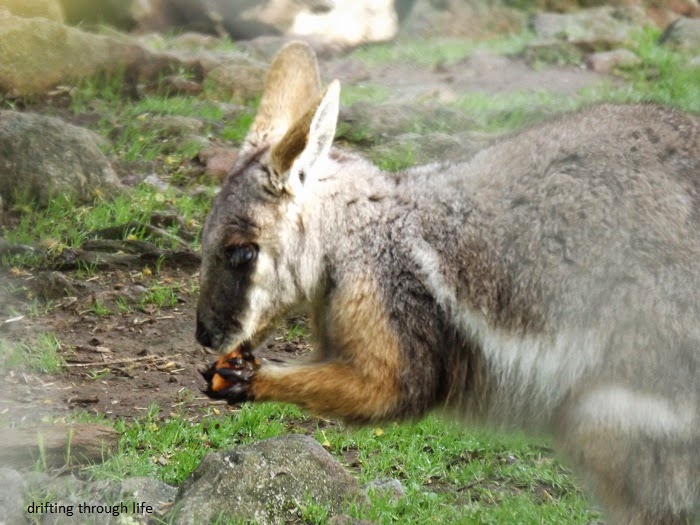 wallabies roamed freely and followed anyone who had packets of biscuits for them. 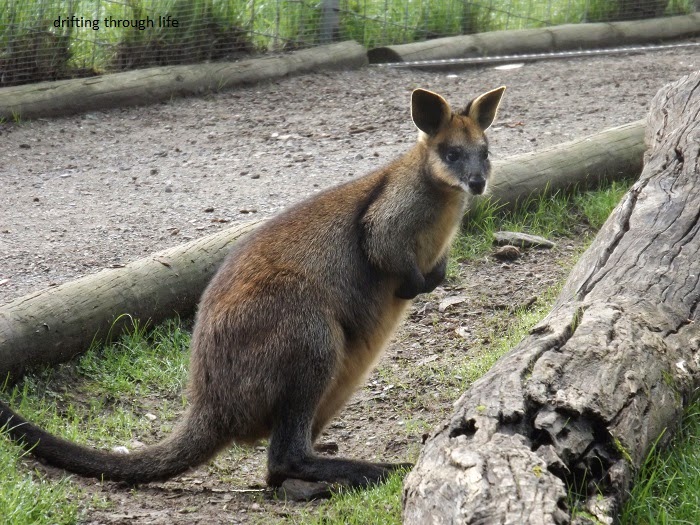 they are a smaller cousin to the kangaroos, this one didn't hop over until J held out some biscuits. 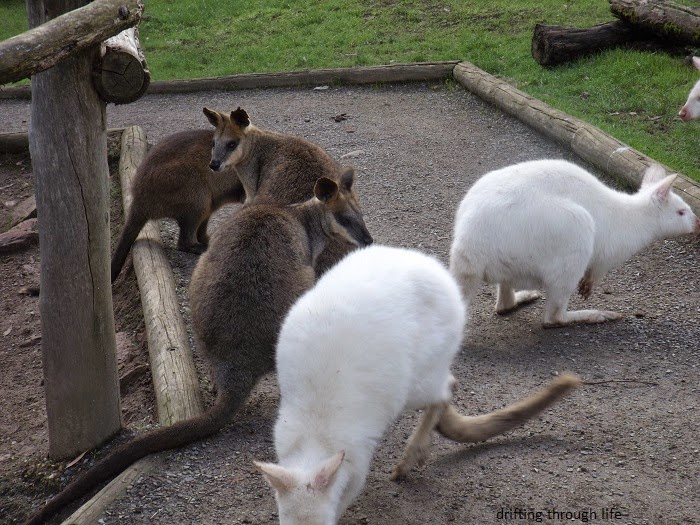 I'd heard there were albino wallabies, but was surprised to see so many. Roughly half of the wallaby population was white. 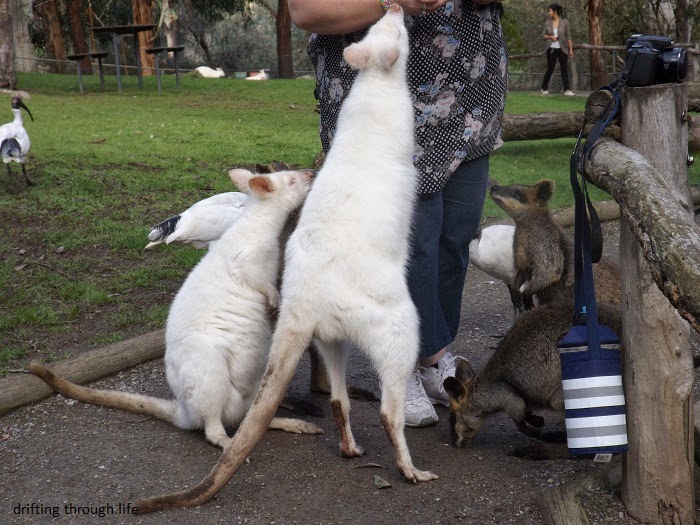 they were very keen to get their share of the biscuits J was handing out. 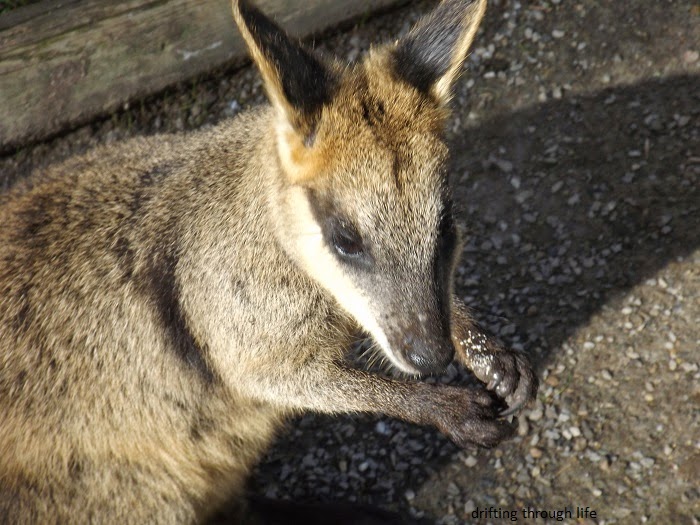 look at that cute face. 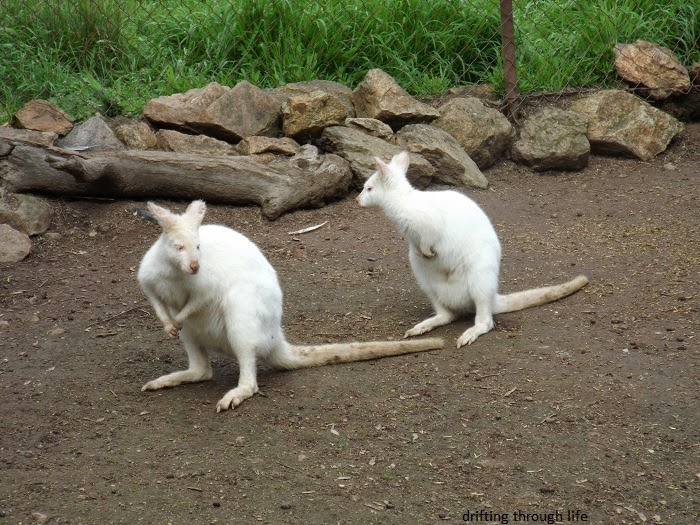 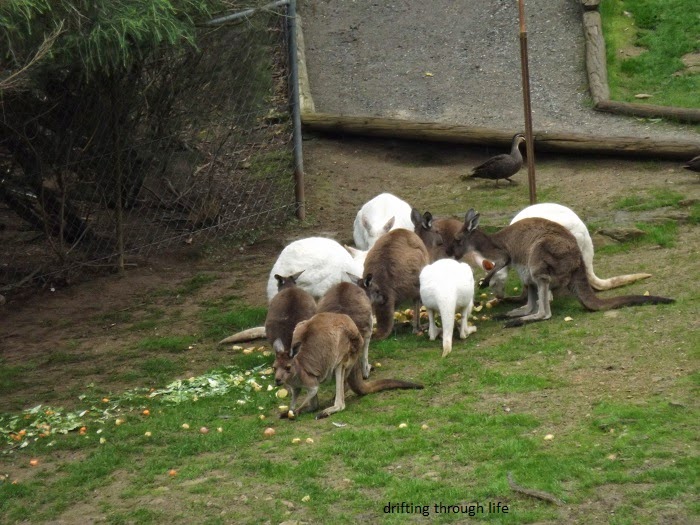 a mixed mob at the other end of the field.
It was a very large field, fenced, with gates that people must close when entering or leaving. 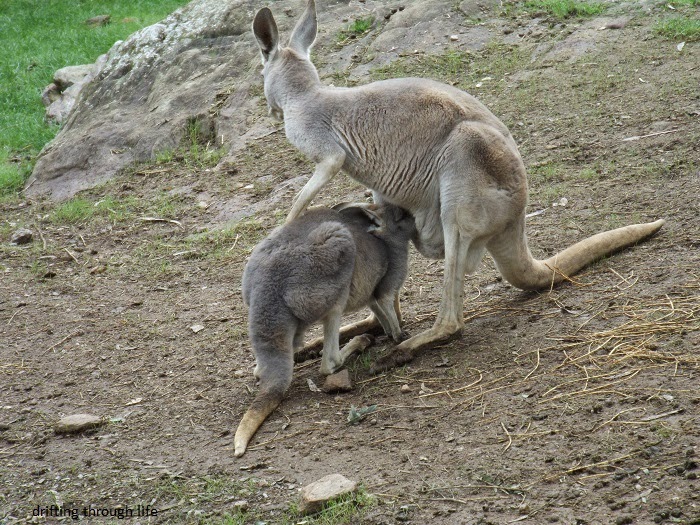 a rather large joey getting lunch from mum.