February 16, 2016
I'm participating, for the first time ever, in the WEP challenge.
WEP? Write, Edit, Publish.
Hosted by Denise Covey and Yolanda Renee, all the information, rules and timing etc, can be found here and it may not be too late to sign up if you hurry.
Entries should be 1000 words or less, mine is considerably less at 336, and the theme for February is Valentine. 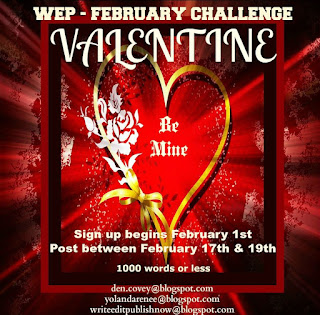 
A Guilted Rose
I never thought Valentine's Day was a big deal. I grew up in Australia and it was an American tradition, just like Halloween.

My husband and I married young, I was eighteen, he was twenty-two, and over the years we never celebrated Valentine's Day even though by then, it had been making an appearance in Australia for some time.

Year after year we said we didn't care about Valentine's Day, we didn't need a fancy card, or anything else to say that we loved each other. We scoffed at people paying exorbitant amounts for a bunch of flowers, or a special restaurant meal.

The years passed and things changed a little. We were each busy, the children were growing up, I went back to work, we grew apart. Things weren't the same anymore. We no longer even mentioned Valentine's Day.

Then one year, out of the blue, he presented me with a single red rose.

An artificial rose, with artificial sparkly dew drops on the petals, presented in a cellophane tube wrapped around with a white paper ribbon decorated with tiny red spots.
I was a little embarrassed, but smiled and said "thank you, but I didn't get you anything".
He said that was okay, he hadn't expected I would.

I displayed the rose on my dressing table for a week, then stashed it high in the back of the wardrobe, never to see the light of day again.

I knew it had been a guilt gift.
A guilted rose.

His new girlfriend had received the real roses and a box of chocolates too.

When we later moved out of that house, I found the rose while packing and threw it out without a second thought. 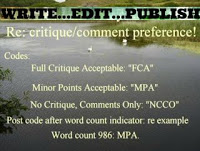