On Wednesdays, assorted people have been taking monthly turns at putting up a selection of words which is called “Words for Wednesday”.

We have taken over this meme from Delores, who had been having computer problems.
This month the meme continues right here, with words supplied by me!

Each week we are given a choice of prompts: which can be words, phrases, music or images.   What we do with those prompts is up to us:  a short story, prose, a song, a poem, or treating them with ignore...

It’s a fun challenge…why not join in?
This week's words are:

and/or:
"the headlights were the only illumination on the single lane road"

Here is my story; a continuation of last week's story.
As they left the front office, Sandy and Jenny shared a conspiratorial smile. They'd known Mary had gone to the river camp and long before dawn, Sandy had met with Old Billy to suggest they leave early this year. They'd meet on the road tonight, close to midnight, and make further plans.

Old Billy had told Pearl to be ready soon after sundown, they'd be leaving tonight instead of in the morning. He glanced at Mary and the children; Mary napping and Tess showing Jackie a picture book. Pearl got the message; the children would be kept awake past their usual bedtime, that way they'd be sound asleep when the adults broke camp and left. Pearl and Mary would each carry a child, Billy would take care of erasing their tracks.

While Mary slept, Pearl took Tess and Jackie down to the river's edge to catch a fish or two for their dinner. Pearl did the actual fishing, while the two young ones used up some energy, slinging mud at each other, running in and out of the water's edge. When they tired of that, Pearl instructed them to drop themselves into water up to their necks and get the mud off their clothes, then lay in the sun on the big rock by the humpy and get dry.

The fish Pearl caught had been scaled and filleted, then baked in an old camp oven with wild mushrooms and rice until it fell apart into delicious morsels they all enjoyed. As they ate, Pearl told Mary the plan and as soon as the sun went down, they put the children to bed on a blanket by the fire, then Pearl packed up her few belongings and Mary put the children's things in their small suitcase. Billy had been wandering, looking for the things he needed and once he returned they were ready to set off.

Mary used one blanket to tie Jackie in a sling on Pearl's back, then Pearl did the same with Tess on Mary's back. Old Billy slipped his feet into his old Kadaitcha shoes, tied a couple of bushy gum tree branches to his waist and they set off, after Billy placed two sleeping brown snakes into Pearl's now empty humpy.  All the small things were contained in a swag tied to Billy's back.
They headed north with Old Pearl leading the way, Mary stepping as closely as possible in Pearl's footsteps and Billy coming behind, his thickly feathered **kadaitcha shoes erasing the footprints and the sweeping gum branches taking care of any tracks the shoes missed. Billy had earlier erased any evidence of footsteps around the camp.

They kept track of the moon for a while, but soon the sky filled with clouds, obscuring moon and stars and they were walking in absolute blackness. Whispering instead of talking, Pearl and Billy mentioned each landmark as they passed it, in this manner they knew they were still heading in the right direction. Walking steadily for close to four hours, they came to a large rock with a small hollow in the base, similar to a shallow cave. Keeping the children tied to their backs, Mary and Pearl sat in the hollow to rest, while Billy went west towards the road, to meet up with Constable Sandy. It was pitch dark, so Sandy was easy to spot leaning against his car, the headlights were the only illumination on the single lane road.

Through a series of "chained messages" (person to person to person) Sandy's wife Jenny had sent news to another old kadaitcha man that his services were needed. Kadaitcha practices were illegal now, especially "pointing the bone" but there were many other things kadaitcha men did in the past to make people suffer. Kadaitcha men were the witchdoctors of the Aboriginal clans. Tom Feathers had sent word back that he would meet with Billy, his old mate, on the day after the full moon, at his caravan, risking the wrath of the farmer who allowed him the use of the caravan in return for his tracker skills when any of the new young Jackeroos he was training got lost in the bush.

Constable Sandy relayed the messages to Old Billy, then handed over a hessian sack, tied with a pyjama cord, to be slung over Billy's shoulder like an extra swag. The idea had been copied from Stephen Jenkins, now known throughout town as The Shabby Man. In the sack were bags of sugar, flour, tea and a couple of tubes of sweetened condensed milk. Jenny had added half a ginger cake in a tin and some freshly baked chocolate chip biscuits for Tess and Jackie. Jenny had also managed to find out a few things Rick Stanton was afraid of; Billy said he'd be sure to tell these things to Tom. Tom was a master at unnerving people to the point of madness, and he would be happy to send Rick off his rocker.

Sandy stood by his car for a while after Billy headed back towards the rock where the others waited, he still dragged the branches behind himself, erasing his own tracks.

** kadaitcha boots were usually made by dipping the feet into blood from a freshly killed animal, then dipping the bloodied feet into a pile of feathers, then allowing them to dry; the process was then repeated over and over until the feet were thickly coated with feathers so they didn't leave any tracks when the kadaitcha men walked across the ground. 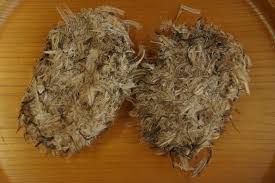 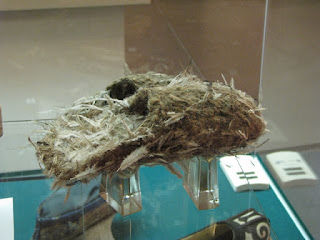 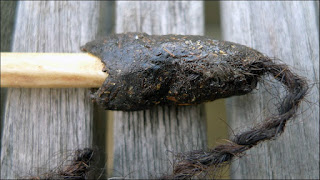 bone for 'pointing'; usually a sharpened piece of animal bone, the end to be pointed at the victim was covered in blood and fats into which items from the intended victim had been pressed, hair, fingernail clippings etc. The "magic" often worked because the victim knew he had done wrong and would be told the bone had been, or was to be, pointed. His own mental terror would do the rest and he would become ill and die. 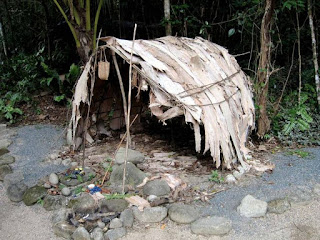