August 05, 2012
It's Sunday Selections time again!
Time to post photos that have been languishing in your files, waiting for their chance to shine.

Originally brought to us by Kim of Frog Ponds Rock as a weekly meme to show off some of the many, many photos we all take.

This week I have a few more riverbank photos and some statuary I saw along North Terrace. 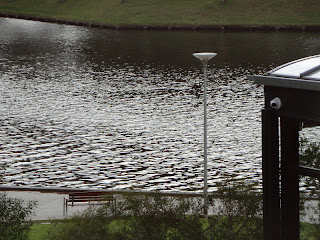 Sunlight on the water is always a pretty sight. The building to the right is the kiosk which sells snacks such as ice-creams and hot chips, also sandwiches if I remember correctly. The usual soft drinks and hot coffees are also available. 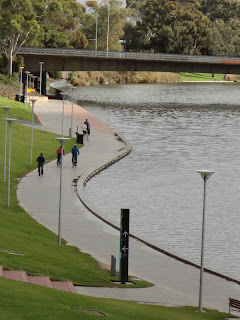 The walking/cycling track runs along the river from the Zoo at least and continues through several suburbs after it leaves the city. 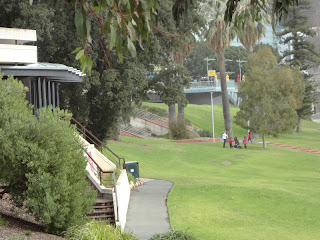 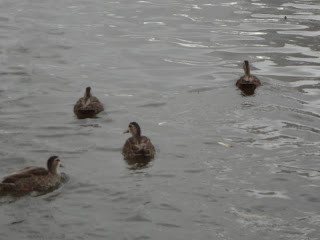 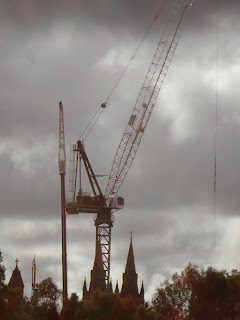 Cranes across the river in North Adelaide. 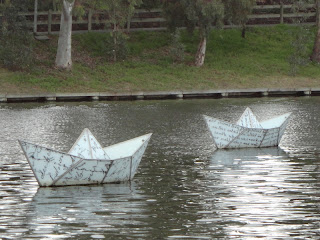 These are two of five plastic boat lanterns which I've been told light up in different colours at night.
I haven't seen this for myself, so I can't verify. They've been there for a few years now and I think they were originally placed as part of Chinese New Year celebrations. 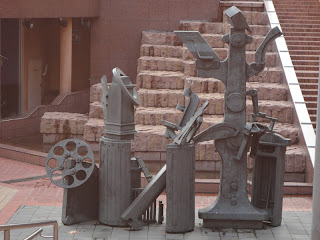 Some interesting metal art, I walked around it, but saw no sign indicating what it is representing. 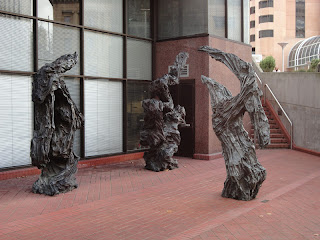 These large statues (people?) look as if they've been made of scrunched aluminium foil, then bronzed.