April 09, 2013
Have you ever tried any of the tips and hints on the back of a cake mix packet? 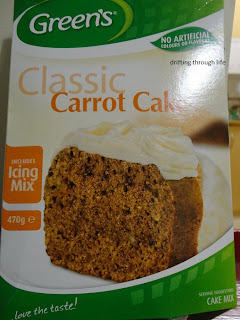 I'd had this in the back of the cupboard for quite some time, I usually make my cakes from scratch and they're almost always chocolate, or a sponge with jam and cream filling. 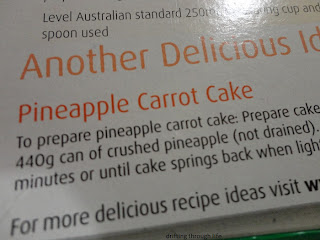 As I read the ingredients I'd need to add, I saw this near the bottom of the packet.
Now I do like me some pineapple and I just happened to have a can of crushed pineapple left over from making the pineapple meringue pies  a few months ago. 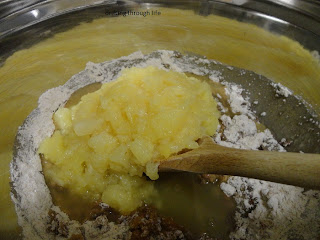 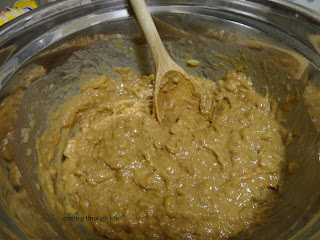 and the mixture got thoroughly blended.

Now the packet says this should be baked as a loaf cake, but I thought it would be nice as cupcakes. 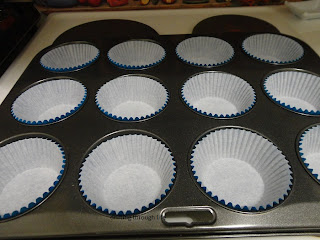 so I put patty cases in my 12 cup muffin pan, spooned in the mixture (it made 18 cakes) 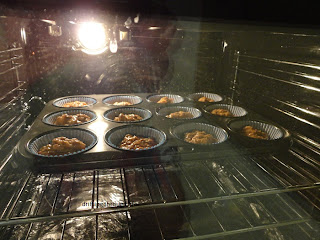 and into the oven they went. 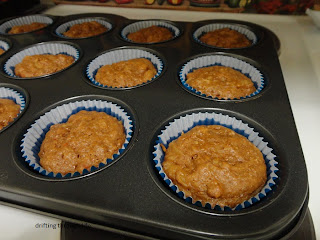 They didn't rise as much as I'd hoped, next time I'll put more mix into each patty case.
You can see the oil soaked into the paper cases, the ingredients list says to add 1/3 cup, but I might try a little less next time. Or just use double layered cases. 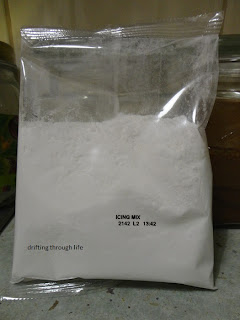 While they were baking I decided I wasn't going to use the provided icing mixture (which needed butter and milk added), instead I was going to ice them with>>>>>wait for it>>>>>
trumpet fanfare please.......da-dada-daa-dada-da-dada-daaa>>> 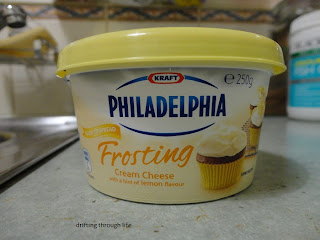 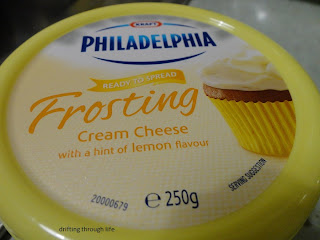 The first time I bought this, I taste tested with a teaspoon.
Testing, testing, testing......until the container was empty.
It's that good.
There's a chocolate version available, but I don't like it. 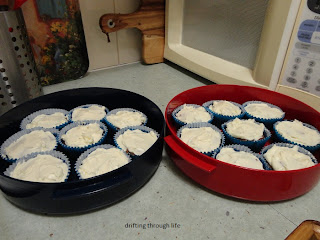 and here they are. I didn't pile it up all swirly and pretty like those fancy cupcakes that cost a small fortune each, I just smeared it on with a knife. 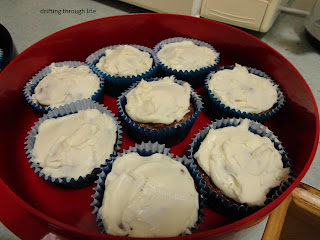 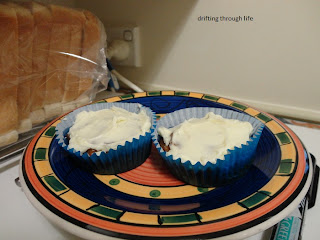 these two didn't fit into the containers, one of which is now in my freezer, so I ate them after dinner.

How did they taste?
Taste was fine.
Texture?
well, that's kind of hard to explain.

They weren't soggy, but not dry either, chewy......the pineapple was very evident as some of the pieces were chunky instead of being properly crushed, and I think I ate them too soon after dinner to properly enjoy them.

On the second tasting yesterday, the texture seemed to have settled a bit, they were nicer to eat.
If I make this again, I'll try it as a loaf cake.