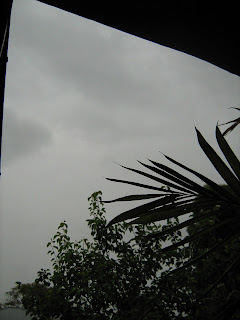 Skies are grey. There's thunder and a bit of lightning. Other areas of Adelaide have seen more lightning, but here at my end, I've heard and felt thunder, with one extremely loud crash, the house almost shook. 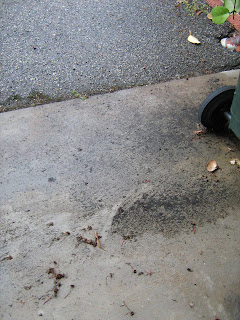 There's muck being washed into my carport, ugh!, but it will dry eventually and then I'll sweep it right back out again. I can put up with anything as long as I'm cool. 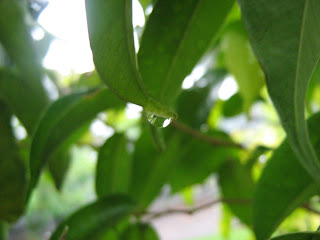 The potplants under the carport roof have rainwater dripping off them and at the same time washing the dust off the leaves so they're all looking nicely green again. 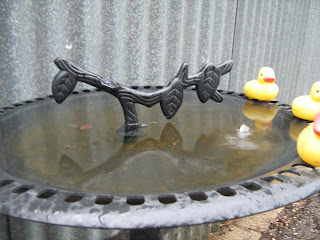 The birdbath is filled to overflowing, as are the pot saucers in various places around the yard providing water for lizards, insects and that big ginger cat that shortcuts through my yard on his way to and from wherever.
The rubber duckies are glued on for the little boy next door to look at. He's just past his second birthday I think. He loves to splash his hands in the water. 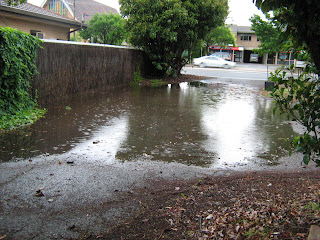 This is the large puddle that froms at the end of our driveway whenever we get large amounts of rain. It stretches right across from fence to carport edges and runs from unit 3 right down to unit 1. 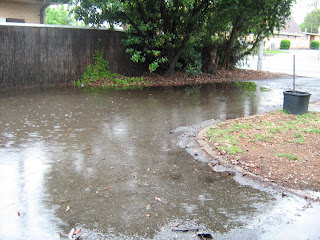 Here's another shot. The puddle gets quite deep in the middle as I found out my first winter here, so I have to skirt around the edges if I don't have my rubber boots on.
I was watching the news on TV earlier and saw that some suburbs had roofs blown off, a northern suburb has hailstones and a shop somewhere had the roof fall in because of the water weight on it.
Shops and roads were flooded, I saw people sweeping ankle deep water out of a shop and cars in a carpark somewhere had water up to the top of the wheels.
I feel sorry for those that have water damage to their property, but still, I love the rainy days.
The humidity in the mornings I can do without. After walking to work this morning, my face was having a little "rain shower" of its own, with sweat dripping down my cheeks from my hair.
Nice look eh?