a little closer to the lighthouse

March 19, 2012
here's a few photos of things right up close to the lighthouse, taken while looking down from the viewing deck, more properly known as the observation deck I suppose. 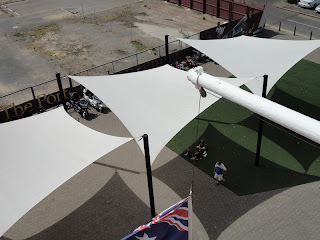 The shade sails between the lighthouse and the empty block next door.
In the top left hand corner the lettering reads The Port. 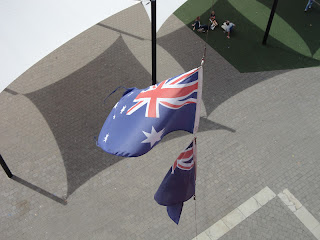 These flags are attached to the lighthouse. 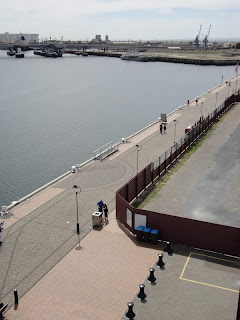 looking down, to the left of the shade sails, along the wharf. 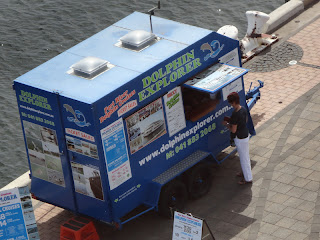 a little further left is the ticket booth where you can book a ride on the Dolphin Explorer.
This is the biggest of the tour boats and goes way out by the top end of Torrens Island to an area known as Dolphin Sanctuary, where dolphins can be spotted if you're lucky. 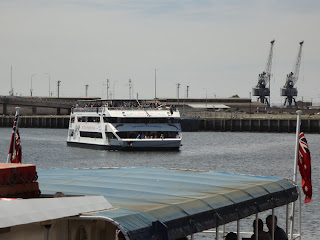 The Dolphin Explorer just coming back in. She's wide and high, with three viewing levels.
This is the one I've been on, but sadly I didn't see any dolphins that day. Since I didn't own a camera back then it didn't really matter. I'll be going out again. 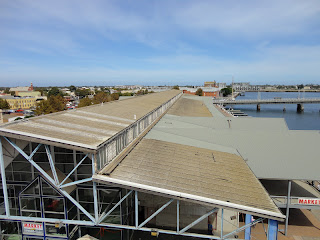 This is the roof of the market building, to the right way over at the edge you can see the red lettering thta says Market Open. That's on the upper level outer deck where people can sit and watch the boats, or the people or just eat their lunch. There's no chairs and tables though. 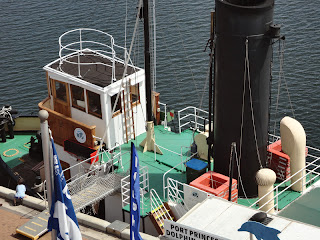 This is the Yelta, she was moored by the second ticket booth  which handles bookings for harbor cruises on the Port Princess.

looking down from the lighthouse