painting out the stress

March 09, 2012
A friend of mine has major paranoia and zero self-esteem, in spite of many years of ego-boosting speeches, long term friendship, help from assorted counsellors and case workers.

He told me once, many years ago,  that he used to love painting, so I bought him a tabletop easel and some tubes of paint, along with an assortment of brushes.

He paints in bursts of energy, trying to relieve some stress, then often he is disgusted with his work and either paints over it, or he'll slash it up with a knife.
His paintings are done on pieces of cardboard, usually a box that he's found somewhere and torn into sections.

He thinks his pictures are terrible, but I've seen some of them and I think he shows talent.
I took a few photos one time. Tell me what you think. 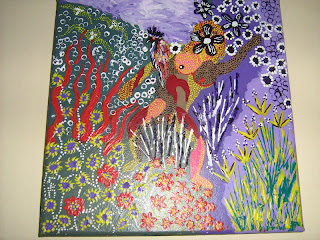 I like the bird in this one, just above the centre. 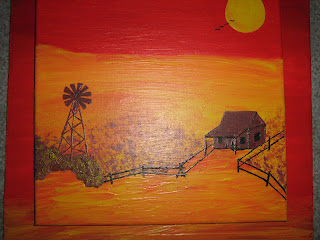 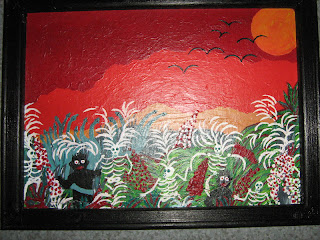 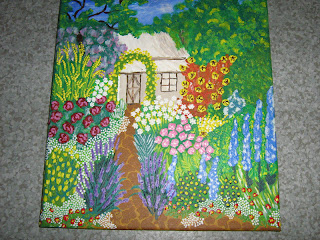 I haven't seen this man in quite a while, so there's a good chance these pictures no longer exist.
Which makes me glad I sneaked a few photos.
I just hope he is still painting....