I usually go with a theme for my Sunday Selections and this week I have photographical evidence of the cloudburst and flash flooding we experienced here in Adelaide on Friday, 22nd January. 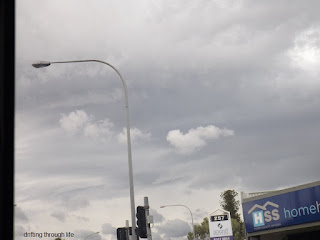 I'd noticed clouds building up while I was in the city and by the time I was almost home I saw the sky was covered, no blue left. I took this through the window of the bus. 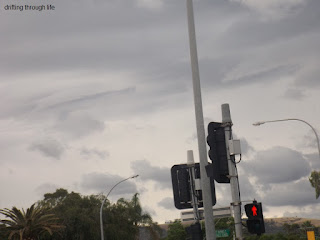 also through the window of the bus. 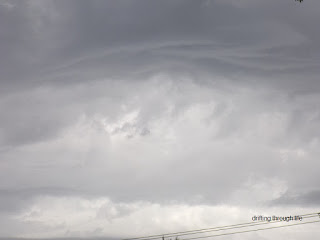 walking from the bus stop to home, 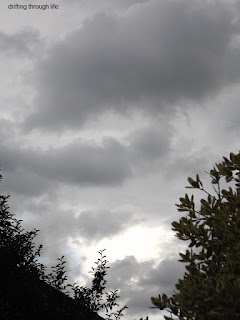 I remember hoping it would rain. (be careful what you wish for) 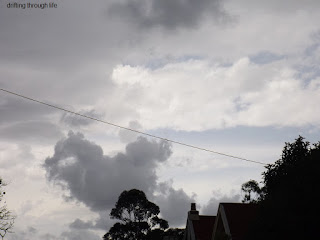 that dark patch on the lower left is a chubby little flying dragon. 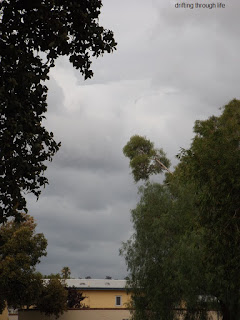 looking very dark over in the south. 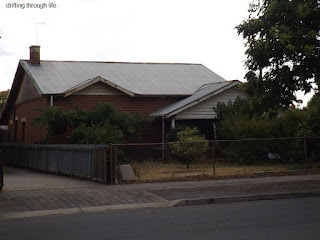 almost home now, this house is next to the one that was demolished and I've heard that this is also to be put up for sale soon. The elderly gentleman who lives there is ill in hospital again. 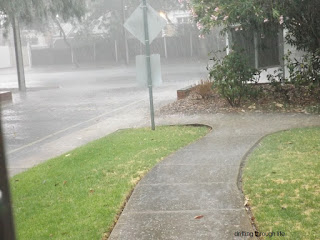 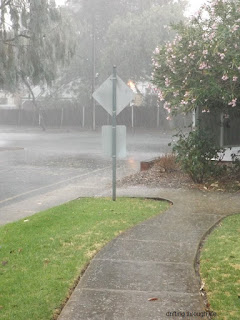 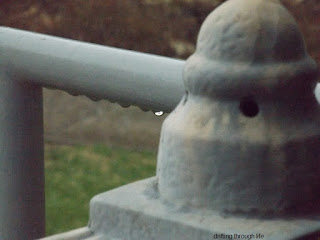 dripping off my porch railing, 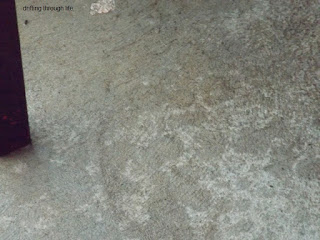 fat drops splatting onto the porch, heading towards the front door. 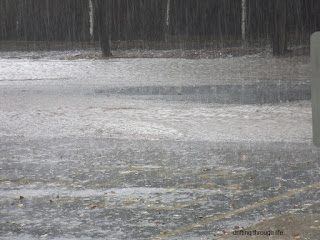 in no time at all, the flash flooding started. This is my street at the end of the driveway, the dark patch in the middle is all I could see of the road. The lighter patches are rivers of floodwater rushing down from the east. 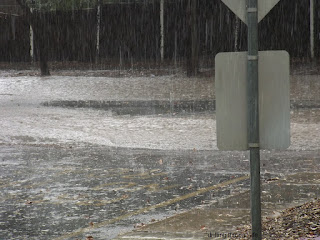 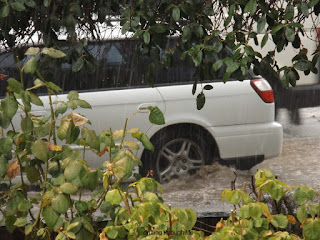 rushing water building up against the wheel of a parked car, 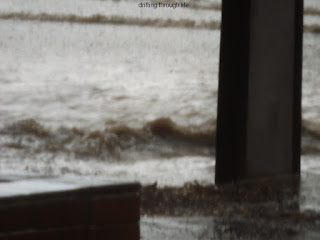 the same water rushing past a stobie pole right by the end of the driveway, on the footpath! 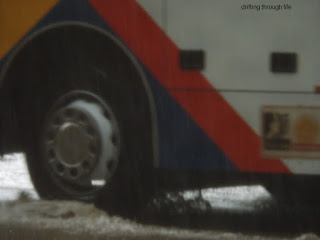 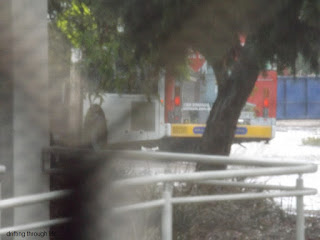 there must have been some sort of hold up caused by the flooding at the top end intersection, causing the bus to take this detour.

It rained for quite a while but by dinner time, the sky was clear blue and the sun was shining, the flood waters disappeared very quickly too.

Saturday, (yesterday),  I headed to the shop for my newspaper and some fruit and noticed this>>> 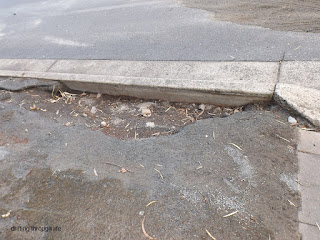 a hole in the footpath, (actually the 'nature' strip, but I call the whole thing footpath) about a metre long, this is right beside the driveway. 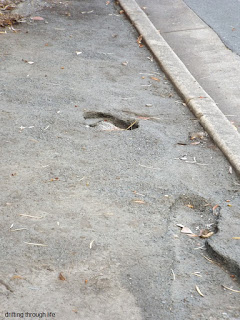 a little further along, another hole in the footpath. 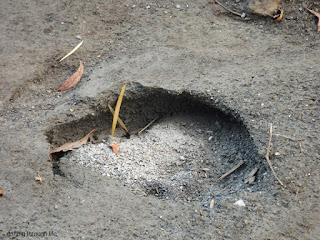 quite large too, my foot might have fit in it, but that is mud in the bottom so I didn't check. 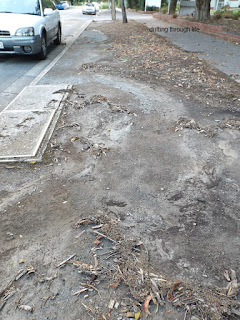 here you can see the "high tide" mark on the footpath. Okay, on the nature strip. 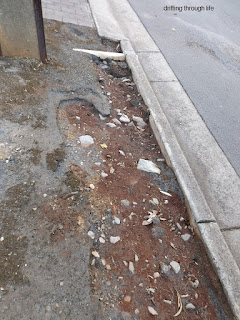 further down and across the road, more of the footpath has washed away. 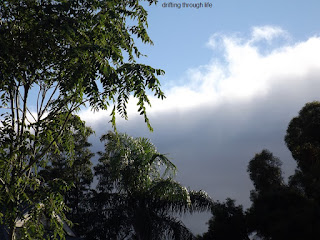 the sky was blue, the sun was shining, but in the east the storm clouds were building up again. 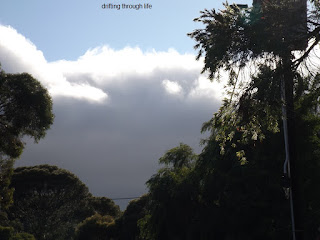 they're pretty with the sun shining behind them.
The sky was completely grey by the time I was on my way home with my newspaper, but we had no more rain. 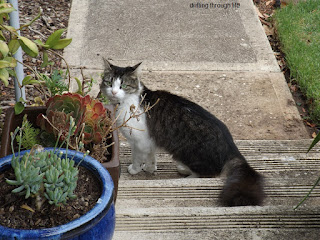 this is Sweetie and she is a sweetie. One of Angel's friends, she lives a few flats away and rarely comes this close. I think she was looking for Angel, so I let him out to play.
If you enlarge the photo, you'll see she has lovely light green eyes.