We have taken over this meme from Delores, who had been having computer problems
This month the meme continues here, at Randomosity, with words and images supplied by Jacqueline.

Some of us put our creation in comments on the post, and others post on their own blog.  We would really like it if as many people as possible joined in with this fun meme.

If you are posting on your own blog - let us know so that we can come along and read your masterpiece.
I’m hopeless at poetry so I always do a story.

we also have an image and a music clip, both of which I have incorporated here.

Tom's penchant for gazing at the stars, his yearning to be up there among them, exploring far away galaxies, had not gone un-noticed. 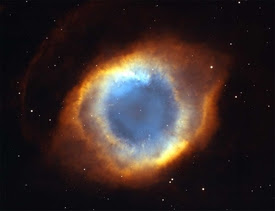 Night after night his mother watched him standing by the window, staring at the heavens instead of sleeping and dreaming little boy dreams.
Tom had been different since birth, thin and delicate, although never ill, and had never once showed any interest in any of the usual childish pursuits.
Instead he waited, sometimes impatiently, for the day he would finally be old enough, big enough, to join the Space Program. He would become an astronaut and leave behind what he called this seething mass of humanity. He had often said he didn't feel as if he belonged here.


As the gathering clouds obscured the stars, Tom turned back into his room and looked with satisfaction at his newly completed sunset.  The gauzy, flamboyant orange fabric stretched across the bottom of the far wall faded into the paler yellow swath above it, which then melted into the blue one that deepened as it rose towards the ceiling, painted in the deepest blue and studded with hundreds of glow in the dark stars.

He climbed into bed and fell asleep to the soft sound of David Bowie's Space Oddity, (this is Major Tom to ground control) sung by Chris Hadfield, coming from his laptop. It was currently his favourite you tube clip.

His mother wiped her tears away, removed her stilettos and tiptoed quietly down the stairs.