candlelight is so romantic

November 06, 2010
We had some blackouts here last night.
Three to be exact. I'm not counting the two minor ones where the power came back on immediately.
Blackout number one occured just as I was thinking of making a coffee.
So I went around lighting a few candles, 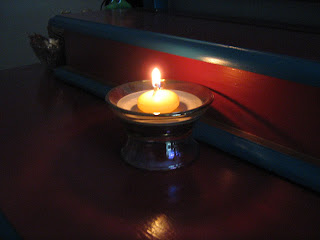 then texted my K who said I could still have coffee, I would just have to heat it up slowly, over a candle.
I took a walk outside to see if the other units were also blacked out or if it was just me.
They were blacked out too, even the streetlights were out. 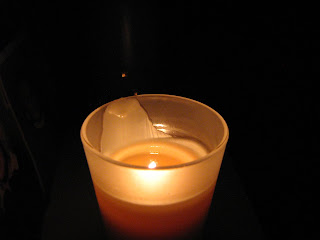 I found the old radio by torchlight, found the batteries and put those in, 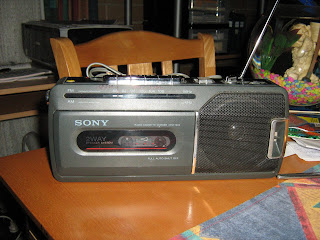 then settled down to read. By candlelight. Because dvd players do not work without electricity.
After 45 minutes the power came back on, so I made my cup of coffee, drank it, and just as I was taking the cup to the sink for rinsing, the power went out again.
Relit the candles, and read a few more chapters. 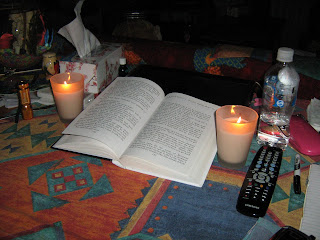 When the power came back on for the second time, I hurriedly washed up the dishes, then watched half an episode of Criminal Minds, and the power went off again.
With the third return of the electricity, I turned off the TV and DVD player, reset the bedside clock and went to bed.
If I have to be reading instead of watching, I might as well be comfy, right?
So I read until I was sleepy, then turned off the light.