November 02, 2010
Here is another one of the signs near the entrance gate.
On the site are two enormous old apple trees that have been there since the jam factory days.
Apples are often used in jam making. 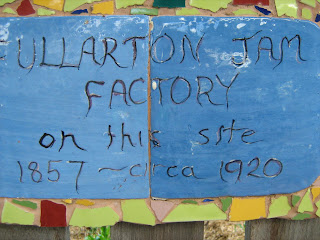 This is the other side of the path leading to the house, it's a straw bale construction which I'm going to have a closer look at the next time I'm there. It's the smaller building on the right side, behind the Jerusalem Sage. 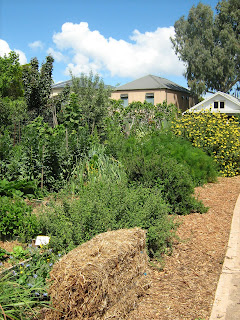 This is one of the many scarecrows guarding the plots. Looks like a happy soul doesn't he? 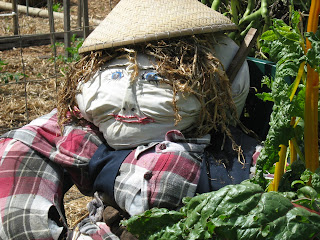 When I arrived a scarecrow-making session was in progress, the kids were having a great time. 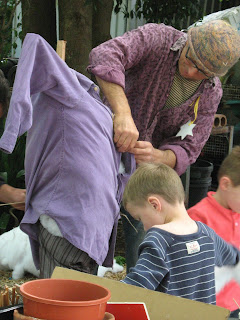 Spinach is growing extremely well all over the garden and kids were picking leaves to feed the rabbit. I didn't get a photo of the rabbit, my camera battery was dead by then. He's a lovely smoky grey colour and his hutch is huge. 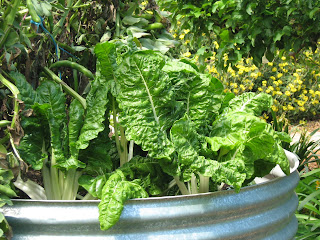 Tomatoes, looking so much better than my tiny seedlings, which have since died. The Yellow Peach seedling I bought from this garden is still alive though. 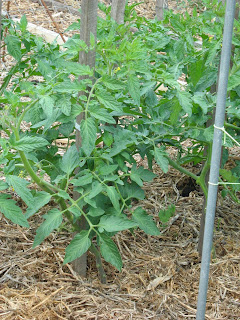 Lettuces in mixed colours make for a yummy salad. 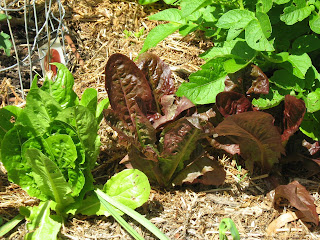 Just look at this sweet little gnome with his pet squirrel. 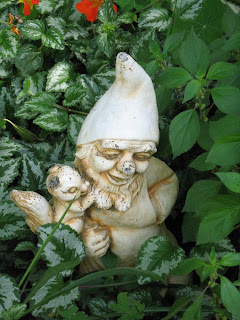 Flowers pop up in unexpected corners, like this deep purple petunia. 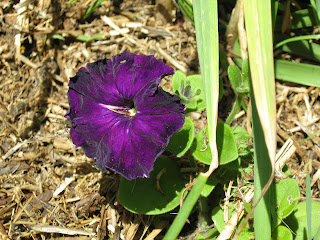 In the children's corner, under a shady tree is this little fairy house. It's not much taller than my knees, with door and windows painted on. 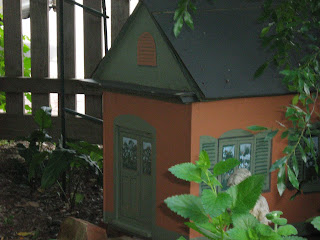 Some of the loquats which are almost completely ripe and attracting colourful parrots as well as other birds. I ate a couple and filled my pocket to eat when I got home. 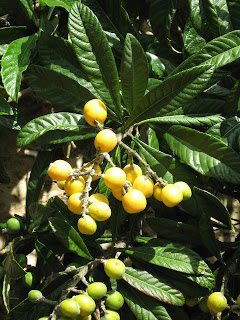 Here is a gleaming clean barbecue, ready for the sausage sizzle which was to take place after the bee-keeping tutorial being held in the house. I didn't stay for this part, I'd seen plenty and knew I'd be back, so headed on home. 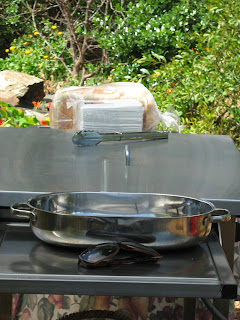