The Ghost of Christmas Past

November 28, 2010
Yesterday was Norwood's Christmas Pageant day.
I'd hoped to take photos, but I was rostered on to work at the same time as the pageant was making its way down The Parade.

Instead, I bring you.... Christmas Past. 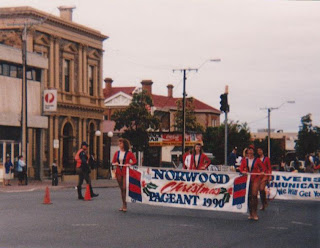 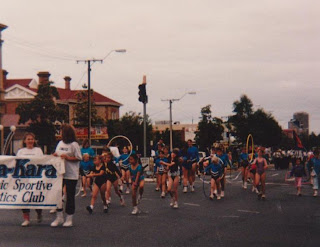 These girls danced, high-kicked and cartwheeled the entire time. 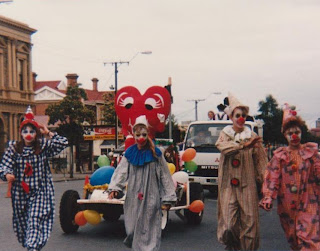 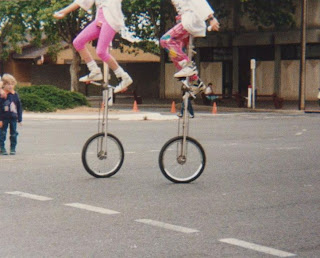 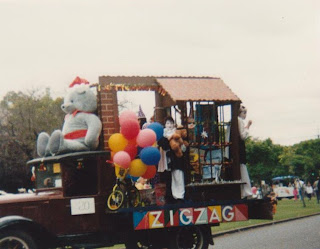 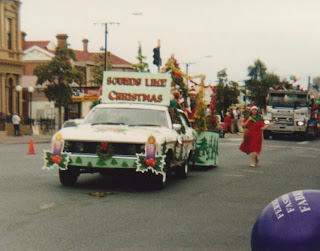 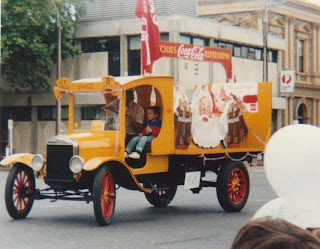 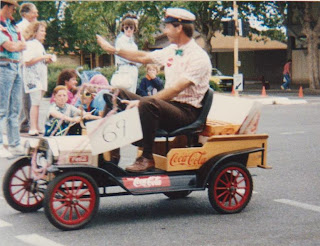 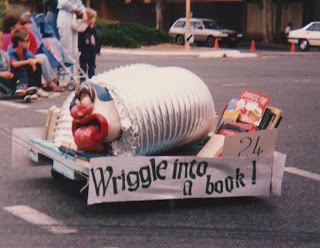 I loved this Bookworm. 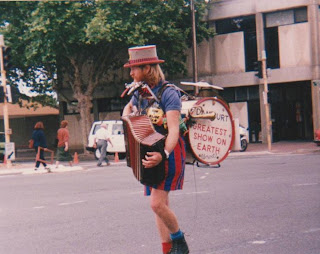 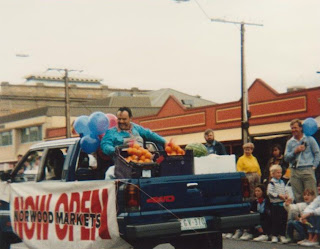 Even Con the Fruiterer made an appearance! 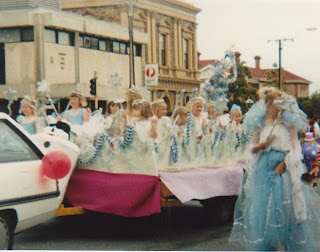 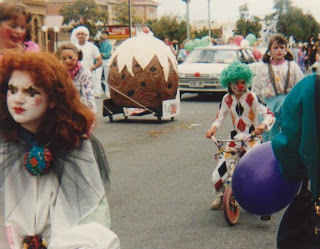 The Pudding. I'm the only one in my family who likes christmas pudding.
Four kids, and not one of them shares my taste for pudding! Oh well, more for me. 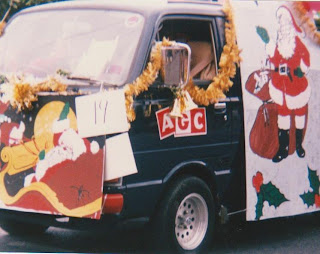 The posters attached to this van were drawn and painted by a man I once knew very well.
Copied from Christmas cards, the images took him just over a week to do.
On the front is Santa in his sleigh. 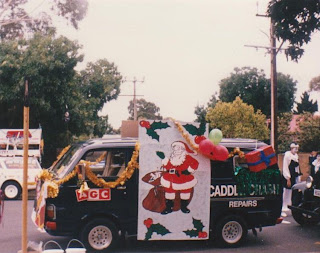 The passenger side has Santa with his sack of toys. 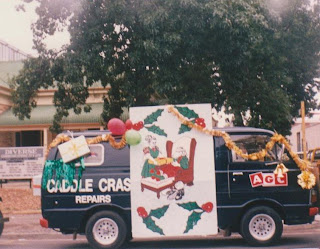 The driver's side shows Santa having a well earned rest and a cup of tea from Mrs. Santa Claus.
All these photos were taken with an old-fashioned, non-digital camera, with no zoom lens.
I used two rolls of film that day, but many of the photos aren't clear, and others have the faces of my children. I can't put those in because I did promise never to put images of them up here on my blog.
I missed getting a photo of Santa at the end of the pageant because, darn it! I ran out of film!
There wasn't a lot of tinsel and sparkle evident, but the day was sunny, the children lining The Parade and Queen Street had a lot of fun and the Christmas spirit was everywhere.