I arrived at Adelaide airport with plenty of time to spare, my flight was at 8:40am.
I've found the waiting area for the correct departure gate for my flight. 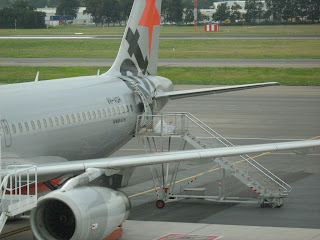 I had chocolate, water, a book to read and some code cracker puzzles to do. You'd think they'd keep me occupied, but instead I kept looking out at the planes, watching the sky go from pre-dawn dark to daylight.
Wondering is it just me, or are these seats really that uncomfortable?


I've done several of the puzzles, watched a thousand people come and go, (no I didn't count them), and heard an announcement that my flight will be delayed by 40 minutes.
Something to do with weather conditions in Sydney.


By now, I desperately want a coffee, but I know coffee makes me pee and I really don't want to be stuck in a plane needing to pee.
Yes, I know, planes have toilets.....


As things panned out, even without the coffee, I did have to use the onboard facilities.
The tiny, cramped, elbow-bumping, (ouch), wait-in-line facilities.
Such is life.


Over Sydney, our landing is also delayed by about 45 minutes, so we circled slowly through heavy grey clouds and showery rain.


Several hours later.......I'm at my hotel, The Bayview Boulevard.
My room isn't ready yet, so I'm in the little cafe area in the corner, having a hot chocolate. 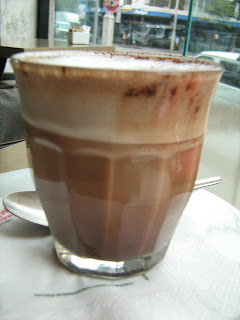 Mmmm, just what I needed. 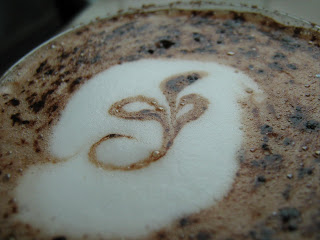 While I waited, I noticed a group of young women by the reception desk all greeting each other, hugging, laughing, chatting.
They were so animated!
I was pretty sure they were fellow bloggers, but I was hesitant about going over and asking or even saying hello.
They seemed so connected, how could I break in and spoil their moment?
I suddenly felt very much out of place.
What was I doing there?
How would I ever be able to talk to anyone?
Without the comfort and safety of my home and the lovely anonymous internet?
I've looked forward to this for so long.....now I'm here.....sitting alone.....off to one side.....geez, just like in high school.
Finally, my room is ready and I'm given a keycard with instructions on how to use it.
Everything works off the keycard.
Swipe it in the elevator, then select your floor.
Again in your room door to open it.
Once inside the room, the card needs to be inserted in the slot by the door to activate the lights, TV and aircon. At first I thought the card only needed to be swiped, but soon realised it needed to be left in the slot or nothing works. 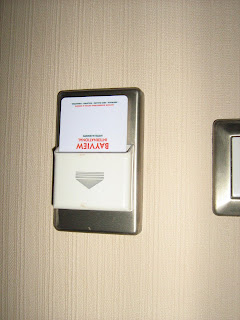 I'm up on the 19th floor. My room is very nice, the bed is enormous, 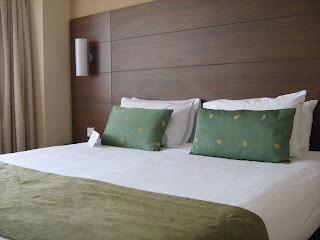 there's a couple of chairs to sit in, 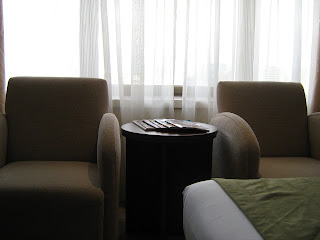 and the ensuite is bigger than my bathroom at home! 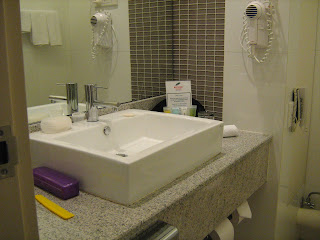 The views from the window are over the city, bay views are on the other side of the hotel. 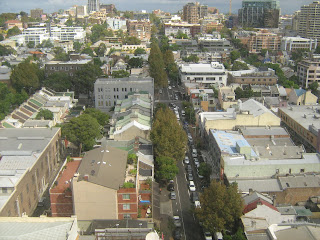 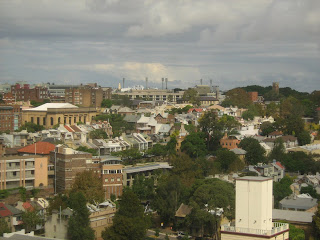 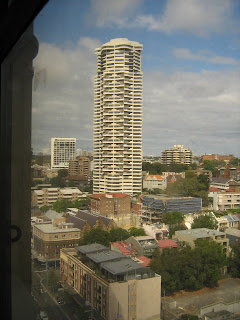 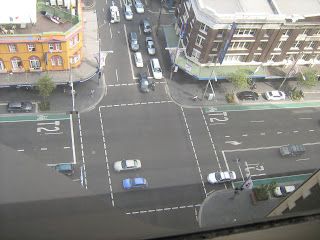 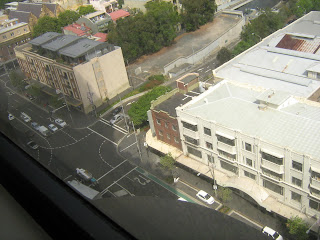 I've unpacked my bag, taken photos of the view and I'm wondering what to do next. I know I should leave the room and explore the hotel, find out where the Seasons Cafe is, where the conference room is, stuff like that, but I'm unable to leave. Imprisoned by my shyness.
I texted Kim, who texted back that she was on the 16th floor and I should come down and meet her.
Just the motivation I needed!
I knocked on her door and within seconds was enveloped in a huge warm hug. Thank heavens for Kim!!
She put me at my ease as we chatted a bit about cameras and computers, delayed flights and other stuff.
As soon as Kim was ready, she texted Kelley, who was way down on the 3rd floor and said we were coming down to meet her.
Kelley was desperate for a coffee and some fresh air, so we left the hotel and walked to a cafe on the next block where Kelley got her coffee and I had another hot chocolate. 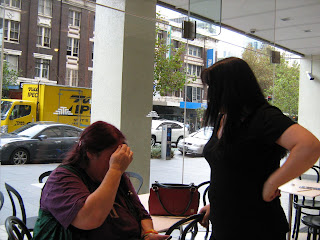 Kim on the left, Kelley on the right.
Then back to the hotel for showers or naps until meeting again in the lobby at 6:30ish.
We three met up with Veronica, more hugs, Yay!, Tiff, Trish, (my little drummer boys), and Lee ( I don't know her blog yet, sorry), and before deciding where to go for dinner, we walked several blocks to another hotel where Kristin was staying after flying in from the USA. 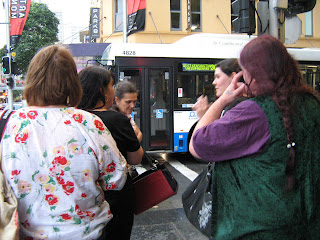 
On the way to Kristin's hotel, we passed a couple of parks where hundreds of bats were flying from the parks towards the city. Not tiny bats like we have here in Adelaide, these were huge!
I tried to take a decent photo, but they were flying too fast. 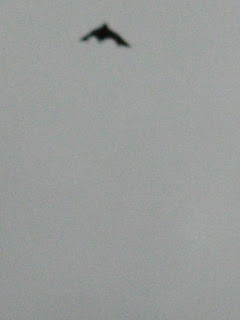 At Kristin"s hotel there was a sponsored welcome party going on for her, so in we went, and met Lori, also Corrine and Eden whose blogs I don't know yet. But I will soon.....
Lori is so tiny, I didn't dare hug too tight in case she snapped like a twig!
Back at the Bayview for a quick facewash, then we met in the lobby again to go in search of dinner. I hadn't eaten since breakfast at 5am, (a chocolate bar doesn't count), so I was a bit hungry.........
We ended up at a Thai restaurant really close to the hotel, pushed a few tables together and met up with Zoey and (? I can't remember who she was...), and when we were almost finished eating, Bettina and Jayne walked in too.
I was soon lost in all the conversations going on, hearing only snippets of this and snippets of that. (I really must do something about getting a hearing aid).
Back in my room, I looked out at the cityscape to see the night lights.
Gold and silver from lit windows; red and green from traffic lights.
It's like Christmas!
To be continued......