I usually go with a theme for my Sunday Selections and this week I have another random selection. I'm still trawling through my old files and these following photos are from 2011 and 2012-3 mostly. I think. 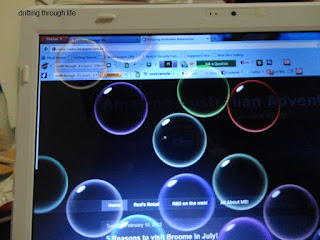 this is currently my favourite screen saver, the pastel rainbow bubbles gently float and bounce around and I've often found myself just watching them instead of getting on with it. 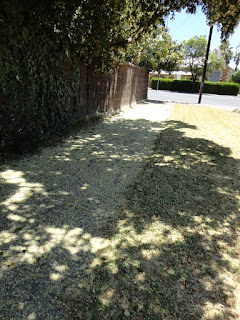 this footpath is usually a concrete path bordered by a strip of grass, but on the day I took this it was covered in fine pale yellow fluff (for want of a better word), 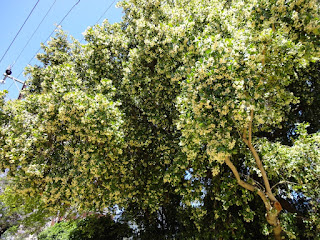 which had blown down, or just dropped, from the flowers of this tree. 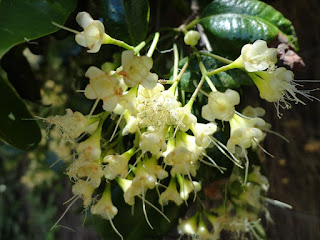 these are the flowers, (minus the stamens) 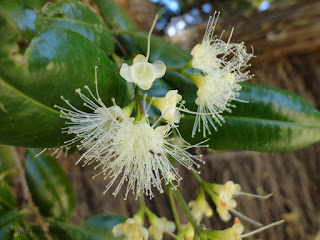 and so are these. I believe the "fluff" is mostly made up of the white, soft, stamens seen here. 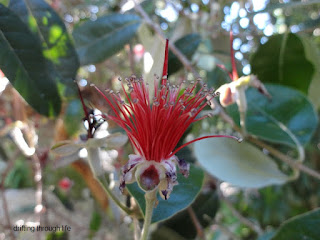 this one is a flower on the fejoia tree in the front yard here. I've tried the fruits and they're quite nice, the flavour and texture being mild and reminiscent of both banana and pineapple. Creamy and tropical.
In the years since I first sampled them, the fruits haven't been as nice, I think perhaps the tree doesn't get enough water. I don't water that section of the garden, neighour P does (not the sick one) and she is a sprinkler rather than a waterer. She worries about the cost, since we all pay a share of any water used.
There is a watering system in place and sprinklers come on at night when the temperature has been high for a while (it's set automatically) and runs for a couple of hours, but not every night and I don't believe that is enough for a tree this size. 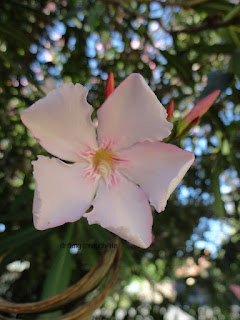 a pretty, pale pink Oleander. Notice the curved seed pods under it? when they are ripe and pop open, the tiny wispy brown 'umbrellas' float all over the garden and if it's windy they cover quite a lot of ground. They also stir up the hayfever quite badly. 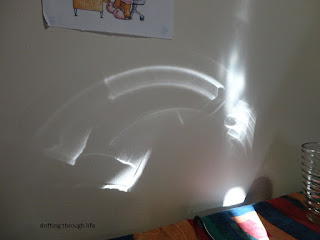 reflections on my wall caused by sunshine bouncing off the tiny chrome surrounds of the speakers set into my keyboard. 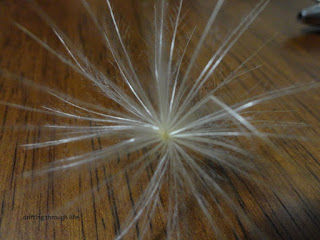 a silky fairy. Catch one of these, hold it in your open palm and make a wish, then blow it away. If it falls to the ground, bad luck. If it floats or flies away, it is carrying your wish to the heavens. 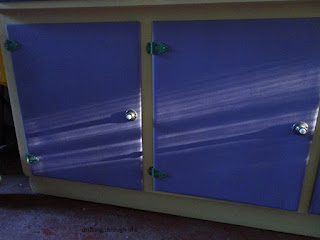 early morning sunbeams on my back porch cupboard. Those doors are purple, although they look blue here. 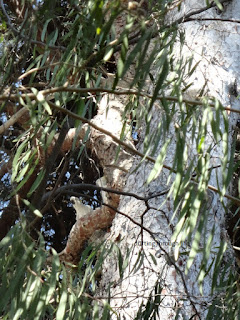 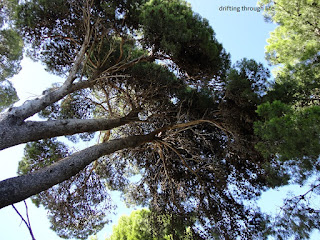 these "tall, tall trees" (that's a country song, by Alan Jackson) are no longer here. They were the last ones to be cut down in the big trim of (whatever year that was)2013?2014? I blogged about it  then.