January 01, 2011
I hope you all had a wonderful New Years Eve, I hope there aren't too many hangovers or regrets this first day of 2011, and I sincerely hope that 2011 brings all of you everyhting you could wish for. 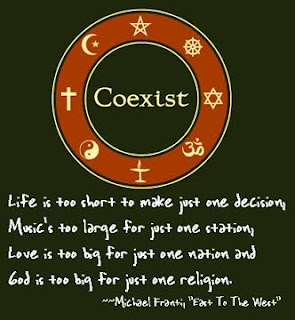 I spent New Years Eve babysitting my two youngest grandchildren. I was a little apprehensive, because I wasn't well, and because in years past these two would constantly fight with each other over toys, movies, computer time, food, anything really.

But this year was different. The 10 year old has developed a confidence and stability that sees him much more tolerant of a little sister, and the little sister herself is much more capable of amusing herself and leaving him alone.

They had no set bedtime, but would put themselves to bed when they got sleepy.

I hadn't seen them at Christmas, so took their gifts with me yesterday afternoon. The tent I bought for J was a huge success. He'd been given one already on Christmas day and N had been bugging him to have a turn in it. The new tent was bigger, so J happily and immediately gave the other one to N. Win-Win.

The knew I wasn't well and had been told to just get food from the fridge when they were hungry and not ask me to play or read or "watch me Nanny".
They amused themselves, didn't fight even once, N put herself to bed at 9:30, J stayed up much later, keeping me company while I napped on their couch a lot.

By the next morning, I still wasn't feeling any better, and after battling this bug for 4 days already, I decided enough was enough and headed for the hospital as soon as I'd been home and showered. Because their house reeks of smoke and so did I after spending a whole night.

Look, they use paper nametags now, much cheaper and easier to rip off once you get home.
Those are the MegaDraw lotto numbers in the background there for anyone who didn't check their tickets yet.
Any new millionaires out there? No? Me neither...sigh. 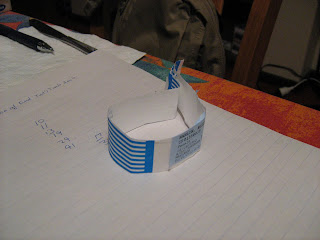 01/01/2011. What a way to start the new year. On an uncomfortable bed in the emergency room, being poked and prodded, asked questions about what I'd been eating and drinking, (water for 3 days and half a dry cracker yesterday....) They took some blood for testing, also urine, which showed me to be severely dehydrated, in spite of constant sipping, I hadn't had enough water, because each sip was causing nausea. They eventually decided I had Gastroenteritis, and hooked me up with some intravenous fluid with something added to stop the queasiness. 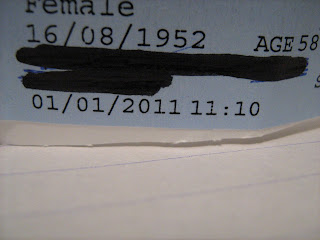 While the fluid was dripping in, I actually managed to fall asleep on that skinny, hard bed.
For almost two hours I slept there, while they hooked up a second bag of fluid for me.
When I woke, I was feeling much less nauseated and quite a bit more clear headed.
The doctor agreed to let me go home, on my promise that I would take a taxi, (another taxi! my 4th in two days!) and that I would see my local doctor on Monday. 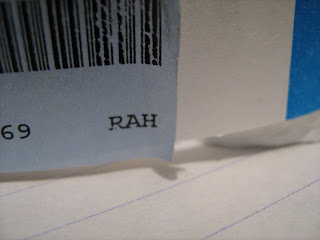 RAH=Royal Adelaide Hospital.
So I taxied home, went straight to bed and slept another 4 hours.
When I woke up, I actually felt hungry. Drank down a half glass of water and waited to see if the nausea would return. It didn't so I risked a small meal. One Salada cracker, with sliced tomato. No butter. I ate it very slowly to allow the stomach time to get used to having something solid in it.
My legs were feeling a bit weak, but I managed to get outside and water my veggies, then I made a nest on the couch and put the TV on. I had no interest at all in reading a book, or turning on the computer.
A couple of hours later was a different story.
I was wandering around tidying things up here, that's a good sign.
I ate another cracker, drank more water and I'm feeling better and better as the night goes on.
So I brought out my laptop and here I am.
HAPPY NEW YEAR!!!
I'm looking forward to reading all your New Years Eve stories tomorrow.