January 15, 2011
Took a little stroll around the block, with my camera, because you never know.....plus a friend tipped me off.....
You won't believe what I saw! 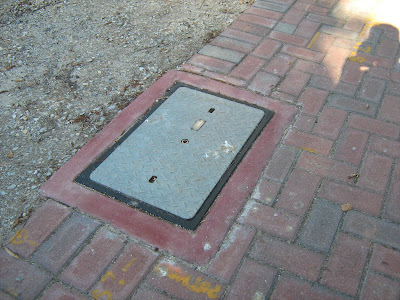 Well, here's one in a roundabout.
It's a water meter box. 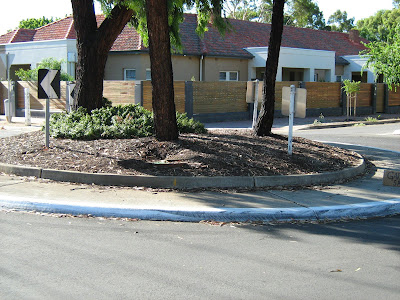 Let's get a little closer.
Can you see that the lid is off the box? 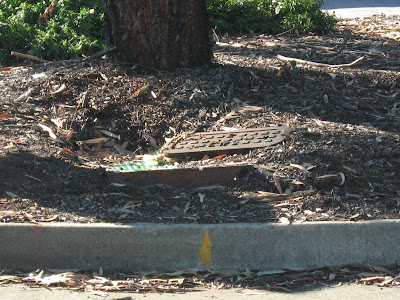 Here's an even closer look.
Can you see there's something inside the box?
Would you like to know what it is? 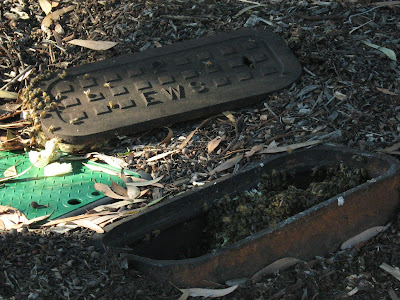 Bees.
Many, many, bees. Building honeycomb. Two strips, one down each side of the box.
Yes, I did get up close, bees don't scare me and I'm not allergic.
But I was slow, calm and careful, because there's so many bees and taking unnecessary risks is silly.
Getting this close is probably classed as a risk, but the bees seemed to be ignoring me and I was using the zoom lens.
I did try for a macro shot, but couldn't get close enough without bees flying around my face, so I backed off a bit. 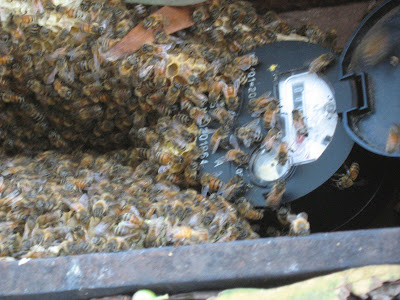 This is the comb down one side, completely covered in bees. 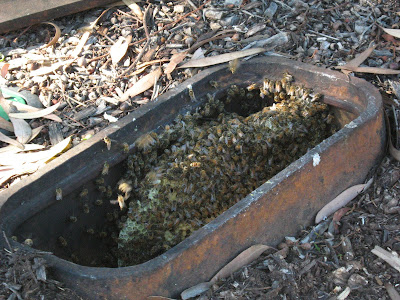 Just look at them!! Nature at work. Beautiful. 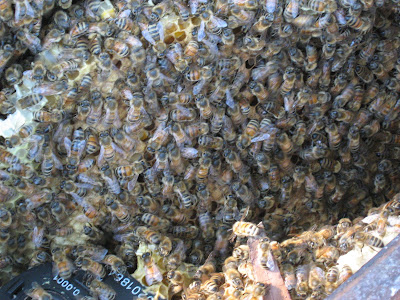 Here's a more aerial shot, so you can see the lid is about a foot away.
See those two white lumps on that green lid thing? 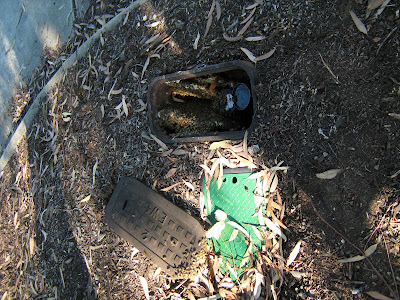 Here, have another look. It's two broken pieces of comb that must have been attached to the lid and got dislodged by whoever opened it. 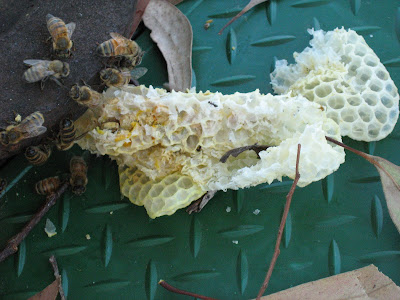 This is a clearer shot of the two combs inside the meter box. 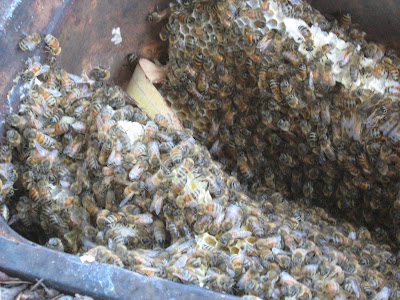 In this next photo, you can see bees busily working on the small piece of comb still attached to the lid. 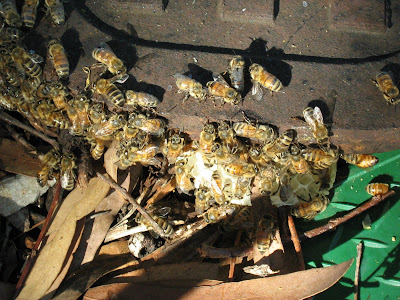 It is quite an amazing sight, and I stayed for quite a while snapping photo after photo, getting odd looks from passing motorists.
I'm wondering if I should forward these to the local council, the bees should probably be moved on. Exposed like that they're in danger from persons who might try to annoy or otherwise harm them, also they're a danger to anyone who might be allergic to stings and gets close enough when the bees might be less calm than they were today.
Yes, definitely send photos to the council, although they won't get them until Monday.