January 26, 2011
Just look at what they're doing to my plants!
I go out twice a day and pick off as many of the tiny little buggers as I can find. 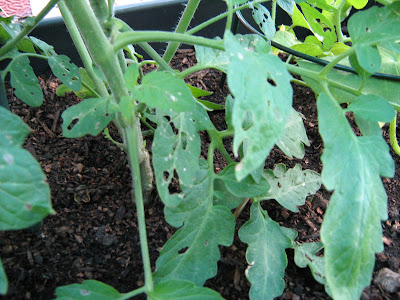 Here's one I missed because it wasn't on any of the vegetables. See how he's the same colour as the leaves he's eating?

That's why the tiny ones are so hard to spot. 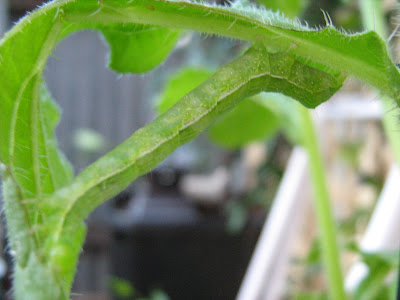 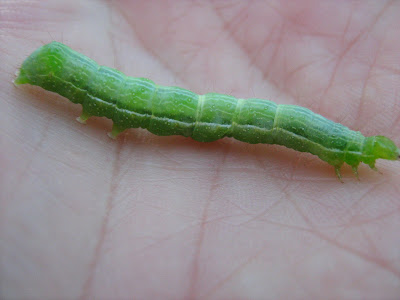 In spite of the caterpillars, they plants are beginning to produce fruit.
This pile of yellow is pumpkin pollen that I've been collecting via a paint brush ready to brush onto any female flowers that might decide to appear.
There was one female flower, but it was the only flower open and the males didn't appear until the female flower had died off. Now there are about 6 flowers, all male. Pfft!! 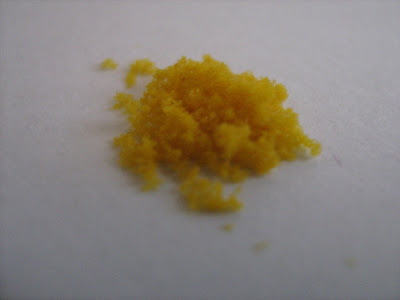 Woo-Hoo!! Tomatoes! Each of the bushes has four baby tomatoes in varying sizes. They're all different types, so they'll be ready to eat at different times. 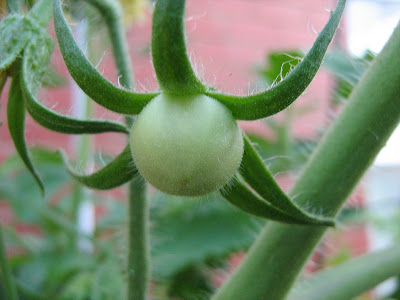 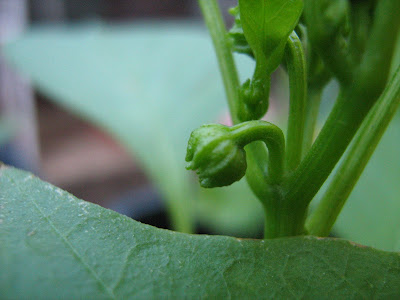 This below is a baby mini rockmelon. See that round hairy bit behind the flower base? That's the rockmelon. There's quite a few of them, so I got very excited at the thought of all that fruit.
Since this photo was taken, some of them have turned yellow and dropped off, so clearly they didn't get pollinated. Hopefully the ones that are left were pollinated and I'll get some fruit. 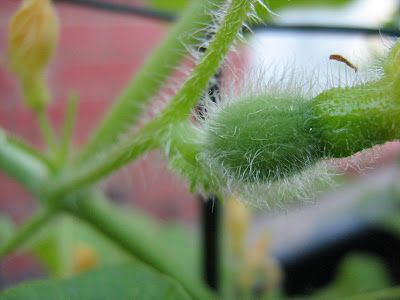 My beans are doing reasonably well. I picked a small handful of beans yesterday to have with my dinner. Then I didn't feel like cooking, or even eating, so just had toast. I'll have the beans tonight.