January 30, 2011
For this weeks Sunday Selections, I've chosen an old wishing well that I found at Hahndorf, here in SA. That's South Australia, not South Africa or South America.


I was wandering my way to the bus stop since it was time to start heading home, when I saw this from across the road.
Naturally, I crossed over to have a closer look.
Was it a functioning well?
Did it have water in it?
Where was the bucket?
Did people throw coins in to make a wish? 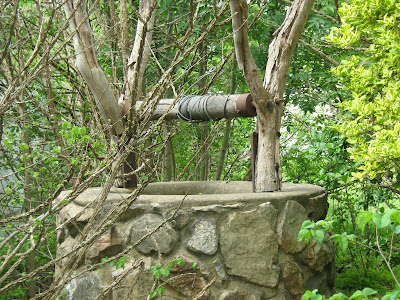 Set in an overgrown block next to a house, the well has a steel cable for winding up a non-existent bucket. The winding handle is also missing. I assume in older times this would have been a sturdy rope. 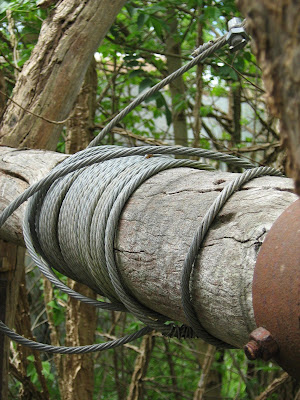 I was disappointed to find no water in the bottom, not even a few inches covered by a grid, for people to throw wishing coins into. Instead the bottom is filled in with dirt and a couple of rocks.
There's also a broken ring of some kind of metal, rusty, but not too eaten away.
I was pleased to see only natural litter such as leaves and twigs down in there.
A well such as this in the city would be filled with fast food wrappers, empty cans and god-knows-what-else. 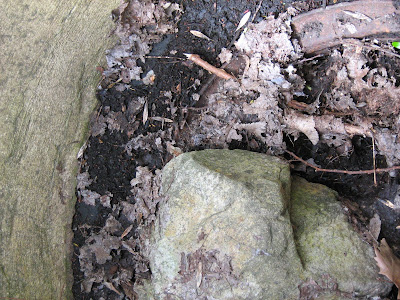 After I'd taken my photos, I turned to see a young Japanese man eagerly signalling his request to have me take his photo standing next to the well.
He set his camera, I took the photo, then he checked the image to be sure he had what he wanted, before saying thank you and waving goodbye.
Too late I thought I should have asked to have my photo taken there too.

If you wish to participate in Sunday Selections, hunt up some previuosly unused photos from your files and folders, put them up on your blog and link back to Kim at Frog Ponds Rock.

Anyone can do this, the more the merrier I say.
trip to Hahndorf wishing well