January 21, 2011
After several weeks of eating storebought yoghurt, I decided it was time to start making my own again.
It isn't hard, I've just been lazy.
But taking a look inside my purse and wondering just where the heck all that money has gone, well, that was the deciding factor.
A small tub of yoghurt was costing me almost $3.
Making my own is a similar cost, but one packet of EasiYo Greek Style yoghurt base makes a whole kilo of yoghurt.
So it's much more economical.


I got out the EasiYo maker, half filled the yoghurt jar (it's plastic) with water, added the powder, mixed thoroughly, then topped up the container with more water. Screwed on the lid, shook vigorously, then stood it in the yoghurt maker thingy (which I forgot to take a photo of), which had been filled to the proper level with boiling water. Put the lid on that and leave it to stand overnight.


Next morning, I had a 1 kilo jar of yoghurt. Ready to put in the fridge to chill while I was at work. 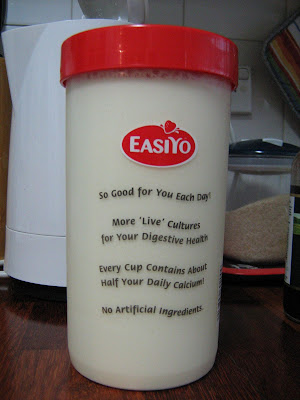 I like to add things to my yoghurt, usually fruit, either fresh or canned, depending on what I have available. I've discovered that sliced or whole cherries are nice in it, but not grapes. Most other fresh fruit is okay.

Last summer, I discovered this oh-so-yummy strawberry sauce, which is really nice on the yoghurt, but oddly enough, much too sweet on icecream. 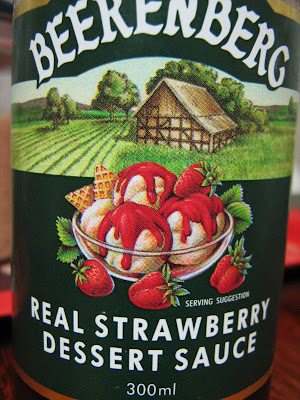 Look at this. A delicious daily serve of yummy calcium, in yoghurt form. 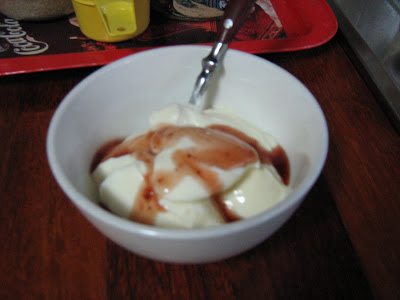